I'm on my third week of trying to sort out my computers after sort of being hacked (no one succeeded in getting through.)  The more I try to fix things, the more messed up it becomes.  I had hoped that my computer geek nephew could rescue me, but the app we use to enable him to take over my computer won't run on my current OS system.  When I tried to upgrade the system, my laptop doesn't have enough memory, and my desktop is too old to upgrade.

I also keep loosing my Blogger (Google) editing access to this blog.  I've somehow reconnected three times now, and I hope it sticks.  As not-so-great as I have been at maintaining this blog, the thought of recreating it is too much. (POST SCRIPT: I finally realized that I have access to two Google accounts, and our blog is under the SPARTA google account run by Jack.  My apologies to Jack if this caused him any problems.)

It looks like my best way out of this is to get over to Best Buy and get a new MacBook Pro WITH LOTS OF MEMORY.  You'll never regret paying more for more memory.  I'll see if I can get anything for my 2013 iMac Pro desktop, my mom's 2011 iMac desktop, and my 2015 MacBook Pro. 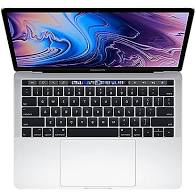 I was wondering what to do with my Christmas money.  I'm soooo glad I'm a Mac person so I can spend three times as much money.  Oh, well, too late to change now.  It's a little like religion;  you're kind of stuck with the computer theology you've embraced.

Posted by SPARTA News and Notes at 6:07 PM