“Governor Scott Walker and Republican elected leaders in Wisconsin said that Act 10 would benefit schools and families alike. They couldn’t have been more wrong,” said David Madland, senior fellow at the Center for American Progress Action Fund, senior adviser to the American Worker Project, and co-author of the analysis. “What has actually happened is that Wisconsin’s public education system has suffered a major blow since anti-union legislation was enacted. An attack on teachers and other public sector workers doesn’t just hurt those employees — everyone in Wisconsin will bear this impact.”

“As a result of Act 10, teachers receive significantly lower compensation, turnover rates are much higher, and teacher experience has dropped significantly,” said Senate Democratic Leader Jennifer Shilling. “Rather than encouraging the best and the brightest to become teachers and remain in the field throughout their career, Act 10 has demonized and devalued the teaching profession and driven away many teachers.”

Shelly Moore Krajacic, an English and drama teacher from Ellsworth, said consistency was also necessary for teachers as they try to “develop a team that can work together.”  She also said the report’s findings “directly parallels” her experiences teaching in a rural district. “We have seen turnover like we’ve never seen before,” she said, adding that with Act 10 and revenue caps, “there’s just not a mechanism to be able to recruit and maintain the best in any school in Wisconsin.”
Posted by SPARTA News and Notes at 7:58 AM No comments:

Scott Walker and Education in Wisconsin

Link to this article in Mother Jones for an view of Scott Walkers impact on education.


Posted by SPARTA News and Notes at 2:12 PM No comments:

Published in the Stevens Point Journal:

To the Editor:
There's a secret sweeping across Wisconsin: taxpayers are now directly responsible for funding private religious schools in their communities.

We can't afford two separate systems of education.  While other states have prioritized public education funding in the last decade, Wisconsin hasn't.  Forcing school boards to pay for vouchers results in higher property taxes or fewer opportunities for our children in public schools.

Ask your state legislators to support Assembly Bill 267/Senate Bill 183, requiring your property tax bill to include information showing how much state aid was taken from your public schools to fund private school vouchers.

Jeri McGinley
Stevens Point
Posted by SPARTA News and Notes at 7:41 AM No comments:

Click on this link to read an article about the German Bund rally in New York City in 1939.  It can happen here and possibly has.  The voices on the video sound all too familiar.


Posted by SPARTA News and Notes at 7:30 AM No comments:

Once again, the Book Sale Committee carried out a smoothly-run, highly productive book sale.  Together with help from WI/Nicaragua Partners, SPARTA volunteer shift workers, and an unexpected show of muscle power at closing from the Wolfpack, the operation went smoothly.

Thanks to this huge effort, enough money was raised for us to continue our scholarship and grant programs.

A big shout-out to the Children's Museum for all their support.  They help us out in so many ways, from renting us the property for a tremendously generous rate, posting and advertising the sale, being very cooperative about scheduling, and supporting us in so many other ways.  A BIG THANKS! 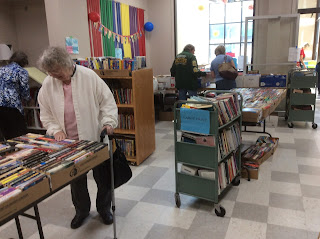 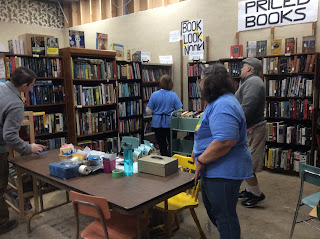 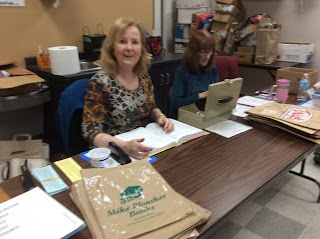 Posted by SPARTA News and Notes at 7:12 AM No comments:

See You In November

Posted by SPARTA News and Notes at 6:50 AM No comments: