Our SPARTA president has no time for TV viewing or sitting down in general, so it was somewhat shocking that she mentioned seeing this Netflix movie and suggesting that movie reviews during this LOOOONG covid time might be a good idea.

The movie she saw was "Don't Look Up."  In short, it's a satire/spoof/comedy/tragedy about scientists discovering a comet about to hit the Earth, and their attempts to warn authorities.  Many see it as an allegory about climate change, still others see it as a metaphor about covid.  Whatever the topic, it's a thinly disguised, very liberal interpretation of current affairs.

I enjoyed basking in a viewpoint that shared my own villains.  The movie was funny. but too close to the truth.  Throughout the movie, little snippets are shown of the other beings that share this planet: polar bears, bees, forests.  These are extremely touching and remind us of the real tragedy that we're about to face.  The final lines delivered around a family dining table might be our epitaph:  "We really did have everything, didn't we?"

But sit through the end credits.  Revenge is sweet, even 22,740 years later.

(You'll have to copy and paste the link.  Their warnings about linking scare me a little.)

To be fair, there are loads of reviews panning this film.  Rotten Tomatoes scored it at 54%, audience scoring 78%.  Roger Ebert disliked it, even Huffington Post deemed it too heavy-handed.

Satire is dead.  Real life is now beyond satire.

Posted by SPARTA News and Notes at 12:11 PM No comments:

Go to "pages" on the sidebar and click on 2022 January newsletter.  No graphics are included, since transferring a pdf or word document to this platform is a trick that hasn't been mastered yet. 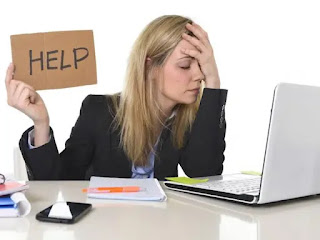 Posted by SPARTA News and Notes at 10:17 AM No comments:

The Center for Media and Democracy

If you are looking for news of the hidden workings behind the headlines, check out the Center for Media and Democracy.  Many thanks to Joyce for passing along these articles:

The war against public education:

These folks are out of Madison and give a different perspective.

Posted by SPARTA News and Notes at 10:34 AM No comments: