I lifted this post from Pharyngula.  Although  it refers to the need to prepare for a National Strike on June 30, (What! You missed it?)  I thought it contained some valuable tips on preparing for any sort of disaster.  As we've seen after Katrina and lately in Puerto Rico, you should plan as if no one's going to be there to help you.  I hope the most extreme circumstances we experience is a week with the air conditioner on or a weekend snowbound, but planning for the worst and hoping for the best seems good advice.  Click on the title to read the whole article.
**************** 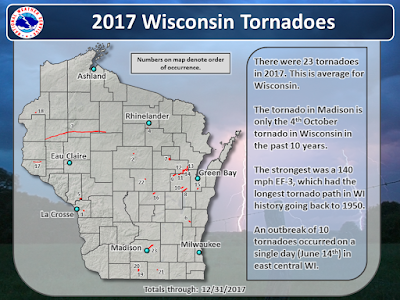 A #NationalStrike? Think about it.

From Libbie Grant on Facebook, here’s something we can prepare for.

...Here’s what you need to start doing right now in order to make this strike effective and ensure you can continue to participate without putting yourself or your loved ones at risk of too much discomfort.

-Stock up on non-perishable food, enough to last up to a month. Canned stuff. Can your own goods now if you know how to do it and have the equipment. Go for foods that are calorie-dense and/or filling. Dried beans are cheap and will keep you going indefinitely. Buy a ton of them and store them in solid, critter-proof containers.

-Make sure you have a good can opener and a spare.

-Stock up on medications and other care supplies for a month or more.

-Stock up on all the pet supplies you will need for a month or more.

-Assume that this ... government will attempt to fight back by shutting down utilities in some cities. That may include your city.

So that means you must:

1) Get those big 5-gallon water jugs, lots of them, and fill them up now, and put secure coverings over the openings so bugs can’t get in. Store them in a safe place.

2) Have camping supplies? Great! Stock up on white gas or other fuel sources to run camping cook stoves. If you don’t have a camping stove already, get one now. They aren’t terribly expensive and you can find used ones on Craigslist. You should have one anyway in an emergency kit (as those of us who live in earthquake country know!)

3) Be sure you have working flashlights and plenty of batteries.

4) Get a solar charger for your personal electronic devices.

5) Pull out some cash and keep it in a safe place in case you need to buy anything in a real emergency situation. Or put aside valuable items you think you can trade to your neighbors.

6) Consider what your town is like during the summer and think ahead to your comfort needs. Plan how to meet those needs without electricity or money. Maybe that means identifying the coolest location in your neighborhood and making a plan to spend the hottest hours of the day there. Start thinking about this stuff now.

7) Check in with your elderly and disabled neighbors to be sure they are similarly prepared for utility shutdowns and have supplies laid away and a way to contact help if they need it.

8) Make a plan for waste disposal if those utilities are shut down, too.

Be prepared. A national strike is almost certainly coming at this point. With luck, it won’t be a long-term situation and it’ll be over in a matter of a handful of days. But be sure you’re ready in case it’s not over so quickly.

I would support this. The only question is what fraction of the population would actually join in…because face it, there are a heck of a lot of people who think fascism is just fine.

Another thing that could be done: Marches are planned all across the country for 30 June. I’ll be there!


Posted by SPARTA News and Notes at 4:48 PM No comments:

I know, it's been awhile.  The last SPARTA meeting is like the last day of school; you need to run away for little bit.

If you read political blogs, you're familiar with Goodwin's Law.  In it's simplest form, it states that you can't throw the word "Nazi" around during an argument.  Well, it seems Goodwin has revised that a bit.

Godwin's law (or Godwin's rule of Hitler analogies)[1][2] is an internet adage asserting that "As an online discussion grows longer, the probability of a comparison involving Hitler approaches 1";[2][3] that is, if an online discussion (regardless of topic or scope) goes on long enough, sooner or later someone will compare someone or something to Adolf Hitler or his deeds. Promulgated by the American attorney and author Mike Godwin in 1990,[2] Godwin's law originally referred specifically to Usenet newsgroup discussions.[4] It is now applied to any threaded online discussion, such as Internet forums, chat rooms, and comment threads, as well as to speeches, articles, and other rhetoric[5][6] where reductio ad Hitlerum occurs.

As Godwin explained in an interview with Dan Amira of New York Magazine back in 2013, “It’s the worst thing anybody can think of, so if you have some kind of rhetorical escalation with someone you disagree with, it’s sort of easy to go there if you’re not very reflective about what you’re saying.” Of course, right wingers and those “debate champion” libertarian friends of yours have used this rhetorical law as a cudgel to yell about hyperbole being used in the arguments over Trump and Republican policies.

But even according to Mike Godwin himself, the concept the “Godwin’s law” was not to say comparing things to Hitler or Nazis made those claims false; his hope for the “law” was to remind people to consider deeply the comparisons they were making in the heat of an argument battle.

American history has its own flirtations with fascism and racism and militarism, and people have believed in any and all of these things, so with certain individuals it has to come up from time to time. So it’s not the case that the comparison is never valid. It’s just that, when you make the comparison, think through what you’re saying, because there’s a lot of baggage there, and if you’re going to invoke a historical period with that much baggage you better be ready to carry it.

The information highway is in agreement as to the heinous nature of our current state of the union. We are separating families and putting them in cages.


Posted by SPARTA News and Notes at 4:28 PM No comments: