The UBIT provision (regarding taxation of public pensions) was in conference in the House passed bill.
Government sponsored pension plans are exempt from UBIT because they
are treated as exercising an essential governmental function and thus
are exempt.
The House bill would have eliminated this exemption!
This was in a revenue raising part of the bill so it was a real possibility that it would have
made it into law.....they needed the money to pay for the other tax cuts.

Update:
The above provision was dropped from the tax bill.

THANKS TO ALL WHO CONTACTED THEIR REPRESENTATIVES!!

The SPARTA Legislative Committee
Posted by SPARTA News and Notes at 9:35 AM No comments:

This is an article from the Pew Charitable Trust explaining state funded retirement systems.  Once again, thanks in large part to WREA, we're in one of the best.  The problem is to keep what we've got. 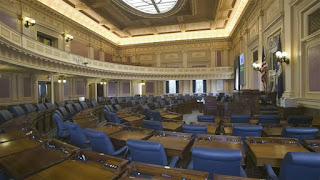 http://www.pewtrusts.org/en/research-and-analysis/issue-briefs/2017/11/basic-legal-protections-vary-widely-for-participants-in-public-retirement-plans
Posted by SPARTA News and Notes at 6:36 PM No comments:

No, Really, a Spot of Good News 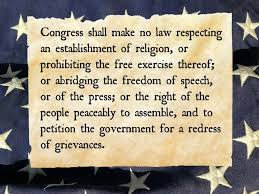 You've got to take good news wherever you can find it.  The courts did the right thing and ruled that the inauguration protesters were protected by the First Amendment.  Read more about it in the link below:

Inauguration Protesters Found Not Guilty in Unjust Trialhttp://www.patheos.com/blogs/dispatches/2017/12/24/inauguration-protesters-found-not-guilty-unjust-trial/#UWquQ3UYomEvWfF7.03
Posted by SPARTA News and Notes at 12:50 PM No comments:

18 Realistic Ways To Become A Happier, More Chill Person In 2018

Because it was basically impossible to be one this year. 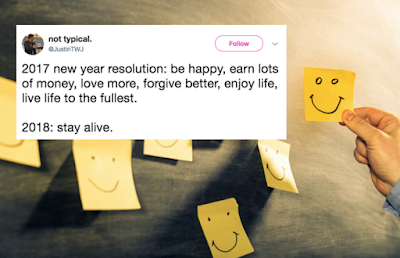 Go to this link for tips on how to get through the next year in a better frame of mind and body:
https://www.huffingtonpost.com/entry/how-to-be-happier-next-year
Posted by SPARTA News and Notes at 11:14 AM No comments:

Banned Words for the Center for Disease Control

Because we sure don't want the CDC talking about "science-based" anything.

The director of the Centers for Disease Control and Prevention on Sunday didn’t exactly deny a new Washington Post report that said agency employees had been banned from using certain words in budget documents, including “vulnerable,” “entitlement,” “diversity,” “transgender,” “fetus,” “evidence-based” and “science-based.” But she did repeat the agency’s previous statement that the story was a “complete mischaracterization.”
“I want to assure you there are no banned words at CDC,” Dr. Brenda Fitzgerald began in a series of tweets Sunday, without directly addressing the Post’s reporting that a senior leader in the CDC’s Office of Financial Services had told analysts in a meeting “that ‘certain words’ in the CDC’s budget drafts were being sent back to the agency for correction.”“Three words that had been flagged in these drafts were ‘vulnerable,’ ‘entitlement’ and ‘diversity.’ [Alison] Kelly told the group the ban on the other words had been conveyed verbally,” the Post reported Friday.[...]“The meeting did take place, there was guidance provided — suggestions if you will,” the unnamed official told Stat News. “There are different ways to say things without necessarily compromising or changing the true essence of what’s being said.”They added: “This was all about providing guidance to those who would be writing those budget proposals. And it was very much ‘you may wish to do this or say this’. But there was nothing in the way of ‘forbidden words.’”


For more, check out the full article: http://talkingpointsmemo.com/livewire/centers-disease-control-prevention-banned-budgetary-words
Posted by SPARTA News and Notes at 9:31 AM No comments:

The GOP's War on Learning 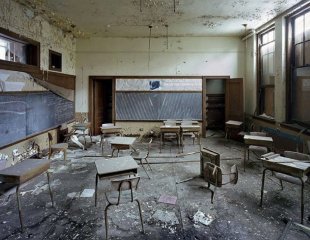 As the Republican-controlled Congress continues to advance tax plans that slash funding from public education, a new report reveals how state and local government officials, especially where GOP leadership dominates, have continued a decade-long campaign to keep school funding below levels that preceded the Great Recession.


There’s little doubt that deep and persistent cuts to education take a toll on student learning opportunities and end the American Dream for millions of young people, especially those who are not white or who are at the bottom of the economic ladder.

Taxing Schools Rather Than the Rich
The tax plan the Senate Republicans just passed has little to recommend it over the House version.

Both the Senate and House bills propose an excise tax on private college endowments with assets of more than $100,000 per student. Endowment funds are used to help pay for academic programs, campus facilities, and student services, private college leaders and advocates say.
The biggest threats to local schools in both plans are their proposals to end federal deductions for state and local taxes (SALT) that households take when they itemize. The House plan limits the pain with a $10,000 ceiling, but the Senate plan does away with the deduction altogether.
Any reduction to the SALT federal subsidy will imperil the largest sources of school funding to education by eliminating the federal tax benefit to schools, discouraging new state and local tax initiatives to support schools, and pressuring state and local officials to cut local taxes to appease tax payers who can no longer deduct those taxes from their federal returns.
Another feature of the House bill would increase how much schools pay for long-term debt by eliminating a tax exemption school districts get when they refinance their debts at lower interest rates using certain types of bonds.

According to Education Week, in the most recent year reported, districts carried $409 billion in long-term debt – a rate of $8,465 per student – and paid $17 billion in interest on those loans. Taking away any ability to write off some of that interest as a tax exemption would decrease money districts have to pay for teachers and student learning opportunities.

As a new report by the Center on Budget and Policy Priorities explains, for the latest year with data available, 29 states currently spend less money per student than they did in 2008. Although some of the 29 states cited by the report have increased education spending lately, the increases haven’t brought back spending levels to what they were nearly a decade ago.
The cuts to K-12 spending have “serious consequences,” CBPP authors contend, including crippling efforts to hire and retain the best teachers, reduce class sizes, expand learning time, and provide high-quality early childhood education.

Of the 10 states that have cut state and local education spending the most – Florida, Arizona, North Carolina, Nevada, Georgia, Idaho, Alabama, Oklahoma, Michigan, and Utah (in descending order from 25 percent to 8.6 percent) – all have had a Republican “trifecta” in charge, including a Republican governor and Republican majorities in both chambers of the state legislature.
Unfortunately, some states where the Democratic party dominates have cut education spending too, although nowhere near the levels of the above-mentioned states where the GOP rules. But another analysis has found Democratic governors have a much stronger tendency to increase school district funding, especially for districts with high proportions of Black and Hispanic students.

“Electing a Democratic governor led to an increase of about $500 per student for districts with a majority of black and Hispanic students,” Chalkbeat reports. “Similarly, the study finds that Democratic governors targeted additional money to colleges and universities that serve more students of color.”

Long-Term Harm
The Republican war on learning will have long term negative consequences to the nation.
While the House tax plan’s cut to SALT deductions would “put nearly 250,000 education jobs at risk,” according to analysts at the National Education Association, the Senate plan to end the deduction would plunge the dagger deeper, potentially leading to a loss of $370 billion in state and local tax revenue over 10 years, the NEA calculates, and endangering 370,000 education jobs.

Changes to higher-education tax benefits in the House tax plan “would cost students and families more than $71 billion over the next decade,” The Washington Post reports.
“Our country’s future depends heavily on the quality of its schools,” the authors of the CBPP study argue. The decade-long effort to cut K-12 school funding they chart “risk(s) undermining schools’ capacity to develop the intelligence and creativity of the next generation of workers and entrepreneurs.”

Perhaps, the whole strategy behind GOP tax plans and budget cuts boils down to a short-term need to cut education in order to offset the large cuts Republicans are providing to wealthy families and corporations.

But next year’s mid-term elections – in which a third of the Senate, 36 governors, and three quarters of states’ legislators are up for re-election – will give the rest of us a chance to speak up.

Posted by SPARTA News and Notes at 8:10 AM No comments: