I've had mixed feelings about our national anthem, but was mostly won over by the Whitney Houston performance in 1991: Whitney at Super Bowl 1991 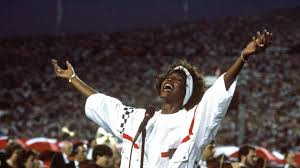 Now, I know this isn't fair, since Whitney is incomparable, but did you catch the offering at CPAC last weekend?  Oy vey, and a cappella at that: CPAC National Anthem  Watch it to the end, it only gets worse. 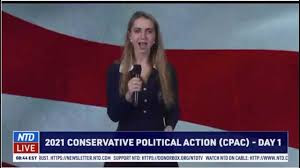 Just to put a period at the end of this sentence, this is a Canadian audience at Maple Leaf hockey game helping out when the microphone cut out:  Canadians Help Out.  How can you not love Canada? 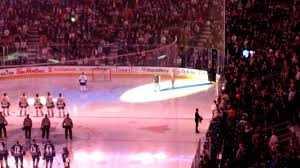