No, Private Schools Aren’t Better at Educating Kids Than Public Schools. Why This New Study Matters

From our resident guru on the political scene: 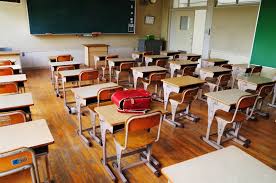 
Despite evidence showing otherwise, it remains conventional wisdom in many parts of the education world that private schools do a better job of educating students, with superior standardized test scores and outcomes. It is one of the claims that some supporters of school choice make in arguing that the public should pay for private school education.

The only problem? It isn’t true, a new study confirms.

University of Virginia researchers who looked at data from more than 1,000 students found that all of the advantages supposedly conferred by private education evaporate when socio-demographic characteristics are factored in. There was also no evidence found to suggest that low-income children or children enrolled in urban schools benefit more from private school enrollment.

The results confirm what earlier research found but are especially important amid a movement to privatize public education — encouraged by Education Secretary Betsy DeVos — based in part on the faulty assumption that public schools are inferior to private ones.

DeVos has called traditional public schools a “dead end” and long supported the expansion of voucher and similar programs that use public money for private and religious school education. According to the National Conference of State Legislatures, 27 states and the District of Columbia have policies allowing public money to be used for private education through school vouchers, scholarship tax credits and education savings grants.

[There is a movement to privatize public education in America. Here’s how far it has gotten.]

The new study was conducted by Robert C. Pianta, dean of U-Va.’s Curry School of Education and a professor of education and psychology, and Arya Ansari, a postdoctoral research associate at U-Va.’s Center for Advanced Study for Teaching and Learning.

Kids who come from homes with higher incomes and parental education achievement offer young children — from birth through age 5 — educational resources and stimulation that other children don’t get. These conditions presumably carry on through the school years, Pianta said.

Pianta and Ansari used a longitudinal study of a large and diverse sample of children to examine the extent to which attending private schools predicts achievement and social and personal outcomes at age 15.

They started with data from the National Institute of Child Health and Human Development’s Study of Early Child Care and Youth Development. That was a 10-site research project that followed children from birth to 15 years with a common study protocol, including an annual interview and observations at home and school and in the neighborhood. In that years-long study, there were 1,364 families that became study participants, with ethnicity and household income largely representative of the U.S. population, though Pianta and Ansari looked at 1,097 of those children for their analysis.

The Pianta-Ansari study examined not only academic achievement, “which has been the sole focus of all evaluations of private schooling reported to date, but also students’ social adjustment, attitudes and motivation, and even risky behavior, all of which one assumes might be associated with private school education, given studies demonstrating schooling effects on such factors.” It said:

“In short, despite the frequent and pronounced arguments in favor of the use of vouchers or other mechanisms to support enrollment in private schools as a solution for vulnerable children and families attending local or neighborhood schools, the present study found no evidence that private schools, net of family background (particularly income), are more effective for promoting student success.”

And it says this:

“In sum, we find no evidence for policies that would support widespread enrollment in private schools, as a group, as a solution for achievement gaps associated with income or race. In most discussions of such gaps and educational opportunities, it is assumed that poor children attend poor quality schools, and that their families, given resources and flexibility, could choose among the existing supply of private schools to select and then enroll their children in a school that is more effective and a better match for their student’s needs. It is not at all clear that this logic holds in the real world of a limited supply of effective schools (both private and public) and the indication that once one accounts for family background, the existing supply of heterogeneous private schools (from which parents select) does not result in a superior education (even for higher income students).”

Pianta and Ansari note in the study that previous research on the impact of school voucher programs “cast doubt on any clear conclusion that private schools are superior in producing student performance.”

A 2013 book, “The Public School Advantage,” by Christopher A. Lubienski and Sarah Theule Lubienski, describes the results of a look at two huge data sets of student mathematics performance, that found public school students outperform private school ones when adjusted for demographics. Pianta and Ansari refer to this book in this part of the report:

“Although recent studies separating enrollment from length of attendance suggest that the longer lower income students remain enrolled in a private school (at least up to 4 years) the higher the likelihood of accruing substantial benefits, the present report finds that length of enrollment was not associated with student outcomes, once family income was taken into consideration, consistent with other nonexperimental work (Lubienski & Lubienski, 2013). For the one-third of the sample enrolled at any time in private school, on average these students attended private schools for 5 to 6 years, which is longer than the most recent follow-up evaluations of voucher programs (Berends & Waddington, in press; Mills & Wolf, 2017). Thus, even for students who remained in private school for almost half of their K-12 experience, there was no discernible association with any of the wide range of outcomes we assessed at age 15.”

Posted by SPARTA News and Notes at 7:45 AM