What is Truth? And How Do We Know? 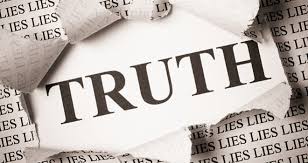 That question is the heart of the matter. Does anyone care? is more to the point. Robinson Meyer examines for The Atlantic a recent study published in Science on fake news and the Twitter users who love it:


The massive new study analyzes every major contested news story in English across the span of Twitter’s existence—some 126,000 stories, tweeted by 3 million users, over more than 10 years—and finds that the truth simply cannot compete with hoax and rumor. By every common metric, falsehood consistently dominates the truth on Twitter, the study finds: Fake news and false rumors reach more people, penetrate deeper into the social network, and spread much faster than accurate stories.

Click on the underlined phrase to see the entire article in The Atlantic or go to Hullabaloo for the complete summary.
Posted by SPARTA News and Notes at 8:16 AM