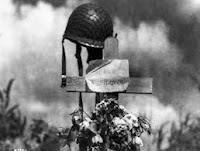 I am a 67-year-old American white woman. My parents enlisted in World War II to fight fascism. They both served; my mother was a nurse, my father navigated bombers. They lost friends in that bloody war so that all the world could be free of fascism. They did not fight so that some white people could claim supremacy or that Nazis could openly walk the streets of America.
White person to white supremacist person: What is wrong with you?
People of European heritage are doing just fine in the world. They run most of the world’s institutions, hold much of the world’s wealth, replicate as frequently as other humans. You’re not in any danger here. The world is changing, that’s true. Others want a piece of the pie. They work for it, strive for it and earn it. Technology (robotics) is having a greater effect on your job prospects than immigrants. Going forward, tackling corporate control and climate change will need all of our attention, ideas and energy. Put down your Tiki torches and trite flags and get involved in some real work.
By the way, the world won the war against Nazi fascism in the 1940s, just as America won the war against the Confederacy in the 1860s. Aligning with two lost causes just labels you as profound losers.
And finally, white person to white person: Like my parents before me, I will not stand idly by nor give up my rights or the rights of other Americans because you think you are better than some of us. It doesn’t work that way. All Americans stand shoulder to shoulder against your hatred and bigotry.
- Jonna Rarney, 67, of Salt Lake City

Posted by SPARTA News and Notes at 7:45 AM